Is it time to close your PFO? 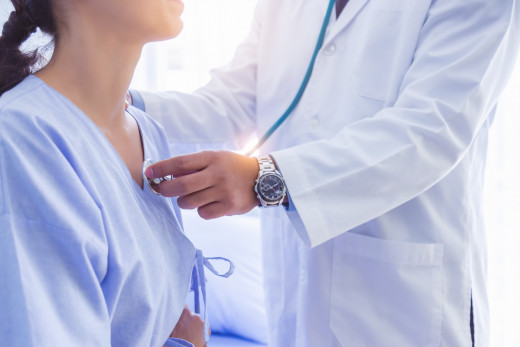 Is it time to close your PFO?

The foramen ovale is a hole between the top two chambers of the heart that creates a tunnel for blood to properly oxygenate while a baby is in the womb. After birth, this is no longer necessary and in about 75% of people, this tunnel closes within the first several months of life. The remaining 25% of people have a patent foramen ovale (PFO). Most people go their entire lives unaware of this, but in a select group of patients, it can cause problems.

So, how do you know if you have a PFO? Usually, a PFO is discovered incidentally during an echocardiogram. When discovered after a stroke, the PFO becomes relevant, as it may have allowed a blood clot to pass through from one side of the heart to the other and to the brain. After ruling out other possible causes of stroke, such as atrial fibrillation, deep vein thrombosis, and genetic clotting disorders, the PFO may be determined as the likely cause of stroke.

In this case, PFO closure may be appropriate to prevent a second stroke. The next step in the work-up would be a transesophageal echocardiogram, or TEE. This diagnostic procedure is performed under sedation and uses a small ultrasound probe inserted into the esophagus to get a clear image of the PFO and to measure the opening. These measurements facilitate the selection of the proper PFO closure device size.

After measurements are taken and the images from the TEE are thoroughly reviewed, it’s time to schedule the PFO closure. This procedure is also done under moderate sedation and utilizes access to both femoral veins. An imaging catheter is inserted through one of the femoral veins, while the closure device is inserted into the other femoral vein. From there, the PFO closure device is deployed and the PFO is closed. The device is now permanently in place, and blood can no longer flow in between the top chambers of the heart. The imaging catheters are removed, and gentle pressure on the femoral veins is applied to prevent bleeding. Patients usually stay one night in the hospital and go home the following day.

Recovery from a PFO closure is relatively short. To avoid potential bleeding issues, patients are advised not to lift anything over five pounds for one week after the procedure. While the heart is forming a healing layer of cells around the closure device, patients need to take 81 mg of aspirin and 75 mg of clopidogrel to protect against the formation of blood clots on the device for one to six months following the procedure. After this time period, patients continue long-term aspirin therapy.

A PFO closure is only utilized if a patient has experienced a stroke, and other causes of stroke and blood clots have been ruled out. A patient with a PFO without a history of stroke would not require a PFO closure and may continue to live a healthy life with this incidental finding

Tiffany Bonnecaze, MD, is an interventional cardiologist at FirstHealth Cardiology Pinehurst Medical Clinic and is one of two physicians who perform PFO closures in Moore County.